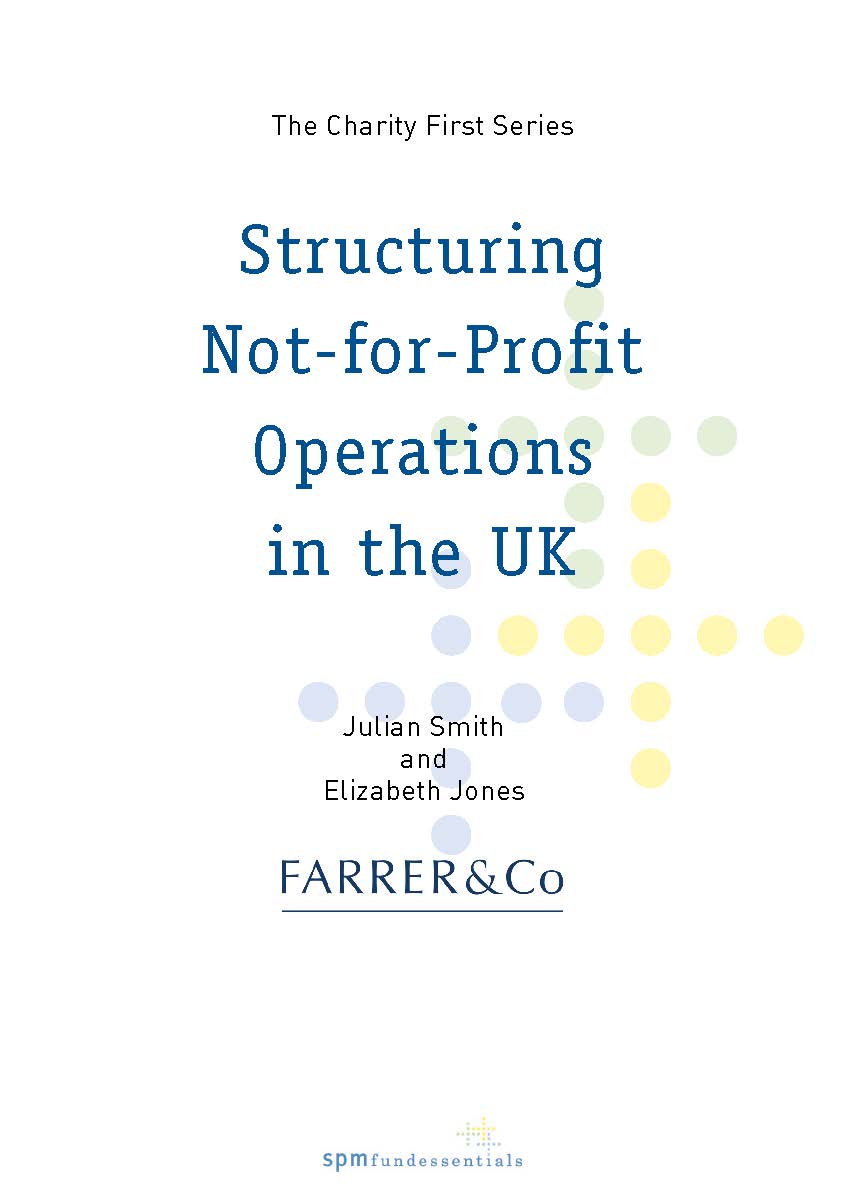 Setting up a charity or other not-for-profit organisation can seem a complex and daunting proposition. Which of several different legal forms should be chosen and what are the pros and cons of each? What registration requirements and other statutory obligations does each form entail? This succinct and practical guide, written by Julian Smith and Elizabeth Jones of Farrer & Co, London, steers an expert course through the legalities, as well as providing helpful tips on the day to day management of a charity. (It focuses on England and Wales, owing to slight differences in Scotland and Northern Ireland.) Also included in the guide is a comparative analysis on the choice between setting up a UK charity as against undertaking fundraising in the UK as a foreign charity. This is an indispensable source for anyone about to embark on creating a not-for-profit organisation, written by specialists in the field.

Julian Smith is a Partner at Farrer & Co who has specialised since 1994 in advising philanthropists, charities and other bodies operating in the not-for-profit sector. He writes and lectures regularly on matters relevant to charities and is a part-time lecturer on charity law at the Cass Business School. He is the co-author of ‘The Charities Act 2006: A Practitioner’s Guide’ and consultant editor of Peter Luxton’s ‘The Law of Charities’, published by Oxford University Press.  Julian is a member of the Executive Committee of the Charity Law Association and is also chair of its Standing Committee on Taxation, which responds to tax consultations of relevance to the voluntary sector.

Elizabeth Jones is an Associate at Farrer & Co who advises a diverse range of charities on constitutional matters, mergers and re-structuring and governance issues.  Elizabeth has spent six months on secondment at a national museum acting as sole legal adviser and she has recently been involved with two cases on public benefit that were heard in the Upper Tribunal.  She is a charity trustee and regularly writes articles and speaks on legal issues affecting the sector.